Every story begins somewhere, in a certain moment that we never quite remember. It usually doesn’t have a clear beginning and even its end is just roughly hinted at. A plant lives from its rhizome, its true life is hidden and what is seen above the ground only lasts one summer, then withers. What we see is the flower, which loses its petals. The rhizome endures … We are only imagining all of it, really. We produce [!] shows in which we then live. Just for an instant, we capture a moment then we move on … We can only understand ourselves in the light of our inner experience.(Inspired by C. G. Jung’s Memories, Dreams, Reflections)

By creating the piece Momentum: Avenue of Captured Moments, Maša Kagao Knez continues the observation of one’s own and our common (co-)existence. Avenue is the movement that speaks, the voice that moves the space, the space that keeps thickening and thinning – depending on the amount of energy emitted by the (f)actors in the moment of presence of the Other. The Co-creator. The Spectator. Movement and voice inhabit a human body and cohabit in it. Like the meeting point of the interior and the exterior, the traditional and the contemporary, the past and the present, which is also where a moment is captured: the now.

Co-created and performed by:

The project was supported by: 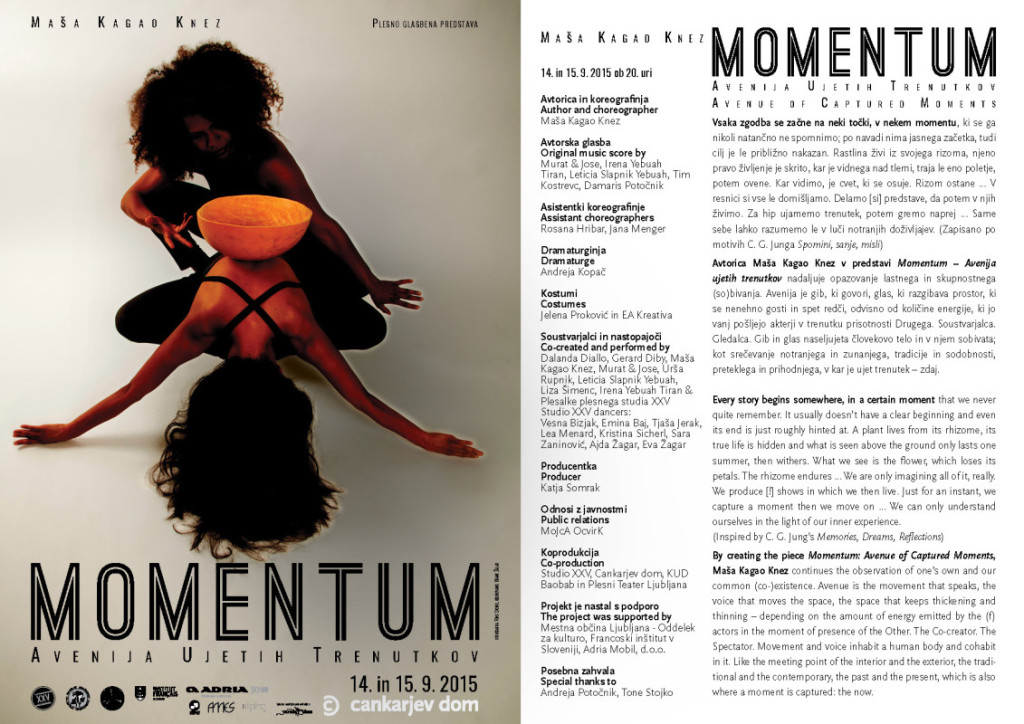 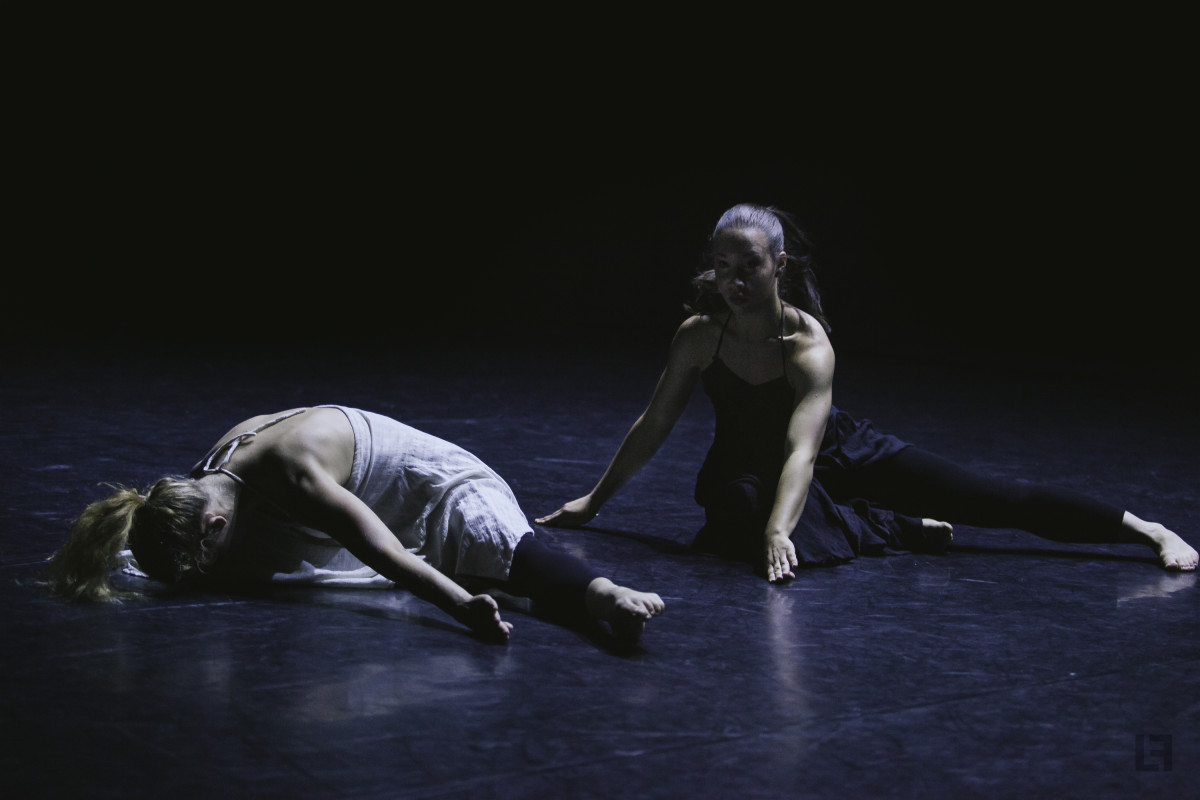